The media are the messages? What medium do we consider first? There is no medium more effective in being the messages it disseminates than another. This review is a part of print media as well as social media. How could any medium not critique itself if it is to be serious about things other than profit, other than the business of business being business as usual when the usual for business is money, money, money. It is the same for all criminals, we know.

One of the chief focal points of any social critique I engage–and to be engaged in social critique is the business of every citizen–is the media and the many messages through one medium or another, and another, and another, petty paces? An idiot, Aristotle said, was anyone who had no general or social concerns. How can we not become idiots by our indifference. Aristotle’s idiot has a lot in common with what we might call a solipsist, someone for whom there is no reality outside the mind, outside what he thinks, we know this solipsist can be she. Too much of contemporary critique is rooted in the conclusion that the only valid philosophical position is solipsism. This is a truth to be undenied, or so we assume. We end with Socrates’s “I know nothing.” We do not start with “I know nothing” as a way to determine what we know or what is knowable–the limits of knowledge must be essayed. We end with I know nothing. It becomes for us a conclusion to assert with conviction and even pride. In our First Philosophy, we do know nothing and can know nothing and so, doubt, once a Socratic tool, has become the new wisdom, a social dogma enacted in a collective solipsistic ritual that reinforces the impossibility of knowing because knowledge has become another great lie. We in our ever increasing laziness gravitate toward this idea because everyone can be a great mind for fifteen minutes without having to learn anything, another side effect of doubt having become the highest wisdom.

How can any medium not critique the media, we may wonder, ask, puzzle over for a time, but we come back to the “I know nothing” and the more penetrating and devastating “I can know nothing.” We dance the dance of the will to power and all of us lose in the end because power in this milieu only becomes more powerful and money more monied, more influential.

As I have alluded to in other essays, there is no city more like New York today than the Jerusalem of Jeremiah; there is no city like this 3rd century BCE city than Shanghai, or Paris, or Moscow, or Cairo, or Bombay today, or the London of Blake, or the New York of Alan Ginsburg, ruled over by the hungry beast god Moloch.

Is it that there is no city more like Jeremiah’s Jerusalem than New York today, or is it that New York City at any time, on any day, in any season is exactly what Jeremiah laments? I could go on with analogies about other cities, other societies, the dimensions and dynamics of power suited to power, for power growing more powerfully powerful of and by power. As I have also alluded to above in my string of cities like Jeremiah’s Jerusalem, Yerushalayim, the question implicit is, What then must we do? I could ask this as Luke, but we live in a culture that mocks Luke’s message. I could extend these analogies, these allusions; I could articulate them further, or deeper, as I like to say when others prefer further. Should there be more lamentations on the state of the State, the condition of our the country economically, the fate of our cities, the breakdown of our interpersonal relationships? The state of our politics and the actions of our politicians is one thing; our economy and the vampyrs that control it from Wall Street are yet another thing more heinous than the whores of the monied elite in Washington. The petty authority that manages them from within from the lower levels of administration are not exempt in this. There are vampires in the world; politicians are each like unto the Whore of Babylon–no hyperbole, which is the horror of existence. How else do you describe CEOs on Wall Street except in terms that describe a vampire, politicians in the way Jeremiah would have. CEOs of any corporation anywhere in the world in any field of economic endeavor . . . Moloch, the devourer of children, Moloch, in his citadels of power, of money, of influence, of messages spewing from his fiery mouth breeding fear and confusion,  yes, Moloch is Mammon, Mammon is Moloch is everywhere every when. Mammon is America’s God, and yes, we are all praying before the Golden Calf. And this, once more, is not hyperbole.

I do not want to sound like one of the conservative or orthodox religious nuts, whether that be Jewish, Muslim or Christian. But we are–yes, we are all . . . of course we believe that Greed is good, greed is grace, greed is heathy, greed is necessary, greed is social dynamism; the lack of greed is only to maximize socio-economic entropy. Greed is our axis, we are certain, and without it, the center will not hold. We do believe as Oprah once said, money is the reward for your goodness, you have to believe this. She did say this, now almost two decades ago. The poor must be evil then, no? How else do we explain their poverty if money is the reward for goodness. They must all be in league with Satan, his following of fallen angels. But then this is fundamentalist America–and we wonder why we are beset by fundamentalist Muslims. 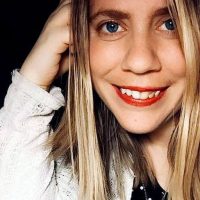 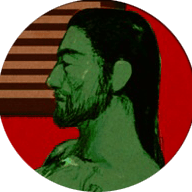